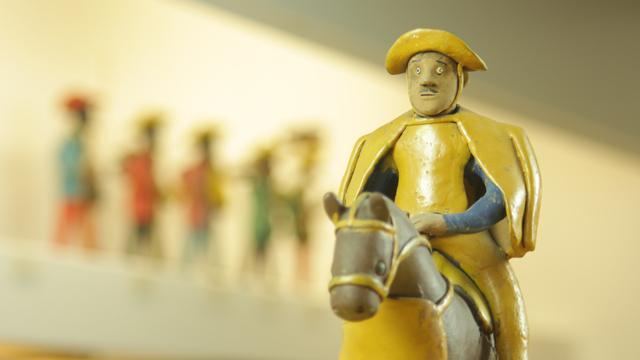 In its early stages the sculptures revealed a virtual inventory of rural occupations, allowing us a look of the customs, the kind of work and the cultural and religious values prevalent in rural life. Planting, harvesting, care of the livestock, transportation, festivals and festive occasions and religious rituals are but some of the themes that are shown in this section. During time that this type of art reached the public (from mid-twentieth century onwards), the characteristics of rural and urban life were being completely transformed. Beginning in the 1950s, when only 30% of the population lived in urban areas, a massive process of rural-urban migration occurred with masses of people leaving the backlands headed for the cities. It was in the same period, that this genre of art gained momentum. Perhaps as a result, both artists and craftsmen as well as the consuming public noted a dual interest characteristic of periods of change: a nostalgic view of the rural way of life and at the same time, a fascination with the new urban life style stemming from industrialization and migration.